Importance of Flag for a country

In the words of our Freedom Fighter “A flag is a necessity for all nations. Millions have died for it. It is no doubt a kind of idolatry which would be a sin to destroy. For, a flag represents an Ideal.”

The Flag of any Nation presents the unique identity and sovereignty of the respected country.

Tiranga is rectangle in shape and it made in three colors i.e. saffron, white and green. This design has been adopted by the Constituent Assembly of India on 22 July, 1947 – 24 days prior to the formal declaration of Independence.

Hope you have liked this article , and must have known about the National Flag. You can download the various Images of Indian Flag and use them in the eve of 72nd Independence Day. Happy Independence Day 2019. 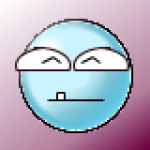 Leave your thoughts Click here to cancel the reply

Send to a friend