Many of you may have heard about raspberry Pi. If you haven’t we are going to tell you something about it. Also about the OS that you can install on Raspberry Pi alternatives.

Raspberry Pi is a series of single board computers that are developed by Raspberry Pi Foundation in United Kingdom. The single chip computer is small in size & able to work with any architecture. The main purpose for the development of this Computer is for teaching basics of Computer. It can also be used in Robots.

The primary models of this Computer was $5. But since the newer version have come, the price has increased to 35$. Raspberry Pi 3 has been equipped with Bluetooth, Wi-Fi & USB port for more I/O features in it.

According to Raspberry Pi Foundation, over 15 million Rasberry pi computers are sold till date. It has become the bestselling computer for the company.

So here we are going to tell you about Five Linux Distributions that can be installed in Raspberry Pi. While all the distribution are based on Linux. Most of the people working on it are using Rasbian OS for it.
Also Read :- Rock64 Mini vs Raspberry Pi 3
Still five alternatives are given here for you.

Yes, if you are a Fedora User, then you can install Fedora in Rasberry Pi. Two options are available in it. use first one called ARM image which is used in 32 -bit & 64-bit both. This version is best for Raspberry Pi 2. You can also try PI Pidora which is mixture of Fedora.

Getoo uses a kernel image. This kernel image is provided by the raspberry Pi foundation. Gentoo is more compatible in compiling a code than to install it via Gentoo distro with an installer. Gentoo needs more time in configuration before use.

ROKOS is a quite different OS. It is based on Bitcoin manipulation. It also works with Pi-alikes , PINE64+ and the Banana Pi PRO. You can convert your Rasberry into a cryptocurrency client.

This is Debian based Linux that works with Xfce desktop. It is compatible with older versions of Raspberry Pi. At least 4 GB storage is required for its installation.

Arch Linux was quite popular with Rasberry Pi 2. It is packaged with NOOBS installer. Many users have given good reviews for it & suggested to try it.
That’s it for now. If you like our post please comment & share it with your friends. Like us on Facebook or subscribe us to get all the daily updates from us. Thank You. 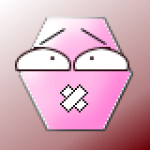